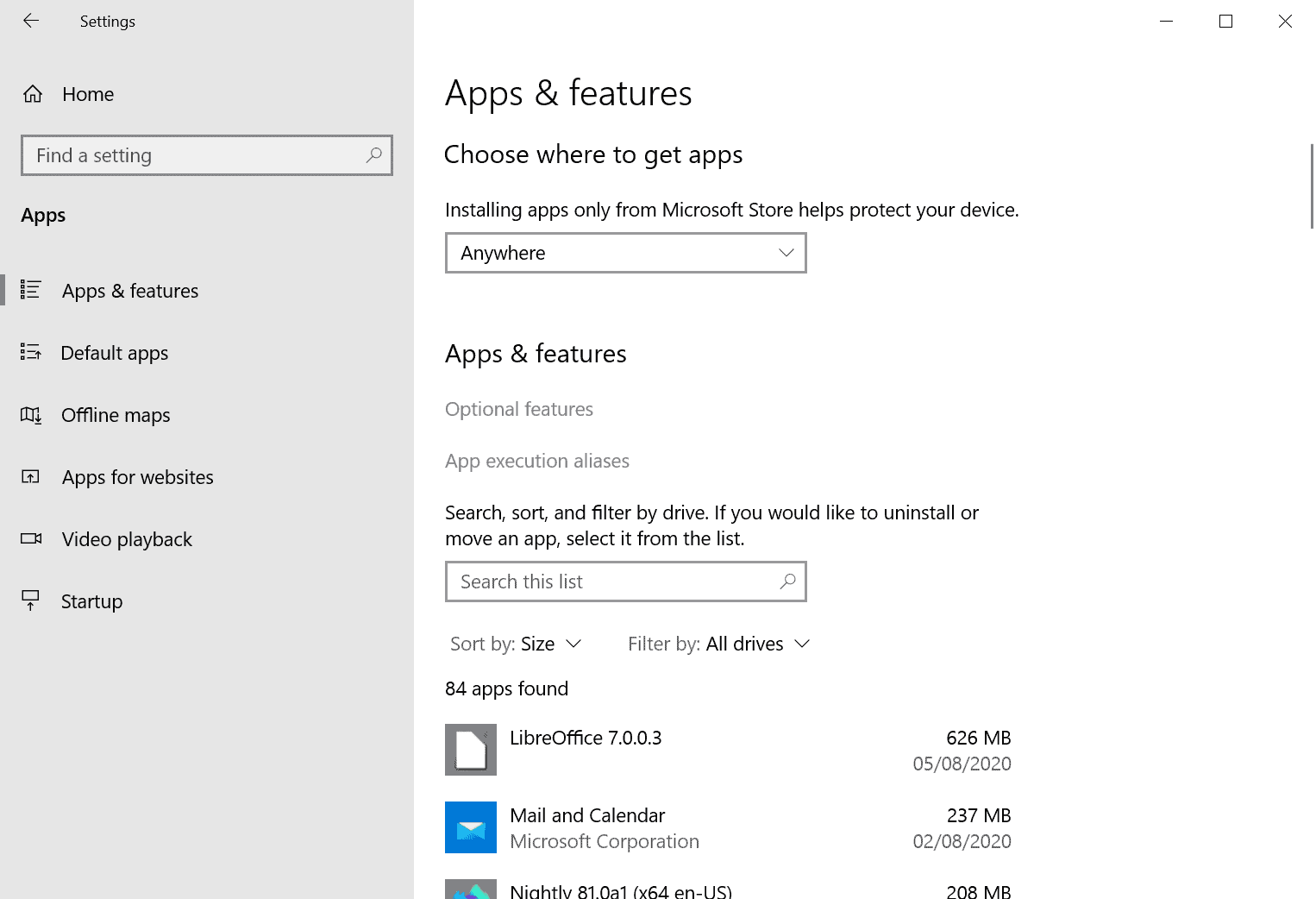 Microsoft, why is it still not possible to move all Windows apps to another location?

Microsoft’s Windows 10 operating system comes with dozens of apps included. The majority of these are Universal Windows Platform apps, but some, like the new Chromium-based Microsoft Edge, are not. While there has been some shuffling when it comes to which apps are included, for example, some have been removed or replaced, others added, it has always been true that users don’t have much control over those apps. by default.

Power users may know that apps can be removed using PowerShell or third-party tools that offer this functionality, but the built-in options have never supported removing the majority of apps. Likewise, when it comes to moving apps from the default location to another, a feature Windows 10 has long supported, it has always been limited to a selection of apps.

The feature looks good, on paper, given that it lets you move installed apps from the primary hard drive to another. Useful if the storage space on the primary drive is low, for example Windows 10 is installed on an SSD with little space while you have a tray-based drive with free terabytes sitting around doing nothing.

To check out the feature, open Start> Settings> Apps to get started. You can also use Windows-I to directly open the Settings app without having to use the Start menu.

The page that opens lists the installed apps and some sorting and filtering options. Note that Universal Windows Platform apps and Classic Windows programs are mixed up in the list, and Windows 10 allows some UWP apps to be moved only, but not classic programs. For the latter, you will need to use symbolic links, for example using programs such as Linkmaker or Junction.

If you are running out of space on the primary drive and want to move apps to another drive or partition to free up space, first select the option to sort by size; this lists installed apps by size, from largest to smallest in the interface.

Skip any classic Windows programs and select a UWP app that you want to move. Windows 10 displays a move and uninstall option, and either or both may be grayed out. Grayed out means the feature is not available.

Take Mail and Calendar as an example. The application, which is never used on the test device, takes up 237MB of space. Move is not available, but uninstall is. Although you can uninstall the app if it is never used, this option is not viable if you are using the app.

A quick check of all apps installed on a Windows 10 version 2004 (Home Edition) test device confirmed that several apps cannot be moved:

Most apps do not allow you to move them to another location using the Apps section of the Settings app. It is not known why some apps can be moved while others cannot. Since it is only possible to move a minority of preinstalled apps, one might wonder why the option is there. One answer could be that it’s primarily designed for third-party apps installed from the Store, but since Microsoft never made that clear, it’s nothing more than a guess.

The ability to move programs to another drive is a useful option on devices with little storage space, and many system administrators would likely want the option extended to include all installed programs and not just certain apps. UWP.

Now you: Is the movement interrupted? Do you want the universal movement to be implemented?

Microsoft, why is it still not possible to move all Windows apps to another location?

Windows 10’s option to move installed apps to another location only works for some apps and not for all.

How to use Windows apps on a Mac