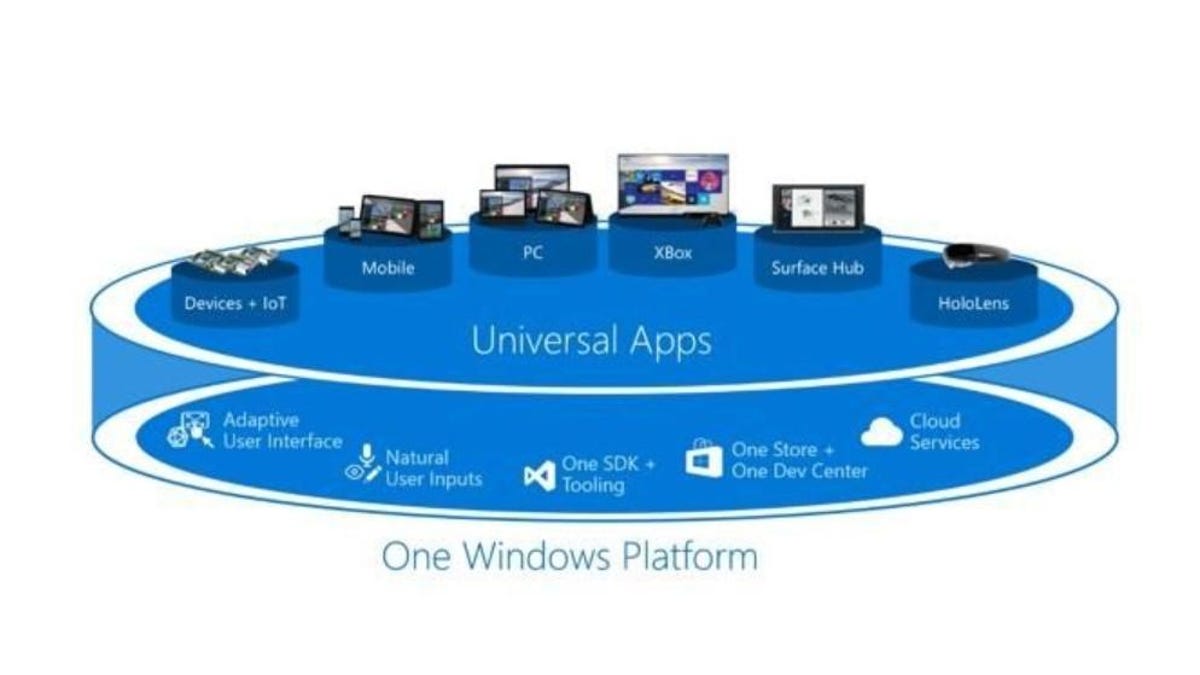 For months, many experts, partners, and customers have wondered aloud if Microsoft’s Universal Windows Platform (UWP) has a future. Officially, history is UWP is alive and well. But the Win32 platform lives on and seems to be back on Microsoft’s radar screen. So what’s the real story?

When Microsoft launched UWP originally with Windows 8 (and continues with Windows 10), officials promised that the platform would provide apps with better performance and security as they would be distributable and updated from the Microsoft Store. Developers could use a common set of programming interfaces on Windows 10, Windows Phone, HoloLens and more, officials said, during the UWP vision sale. The downside: UWP apps would only work on Windows 10 devices. Developers would have to work to make their apps UWP/Store ready. And Win32 apps wouldn’t get UWP features like touch and inking.

No doubt, Gallo said to me, “we should not have followed this path”, that is to say create this schism. But Microsoft executives, including Gallo, continue to argue that the UWP is not dead.

For the past year or so, Microsoft has attempted to undo some of the effects of what Gallo called the “massive divide” between Win32 and UWP by adding “modern desktop” elements to Win32 apps.

“By the time we’re done, everything will just be called ‘Windows apps,'” Gallo told me. “We’re not there yet.” But the ultimate idea is to make “every feature of the platform available to every developer”.

This month, the team took additional action. In a May 6, 2019 blog post, Gallo explained to the developers, “You told us that you want us to continue to decouple many parts of the Universal Windows Platform so you can gradually adopt them, like WinUI, MSIX, and Windows Terminal.” The plan is to provide these components to Win32 developers, not just UWP ones.

A week prior, in a further move towards undoing the Win32/UWP split, Microsoft announced that “unpackaged Windows desktop apps will be able to use Windows Runtime (WinRT) components. This will be enabled concurrently with Windows 10 1903 (the May 2019 update).

“WinRT without registration allows you to access more features in the UWP ecosystem by allowing you to use Windows Runtime components without having to package your application. This makes it easier for you to retain your existing Win32 code investments and enhance your apps by taking advantage of modern Windows 10 features.”

In short, Microsoft’s new goal is to try to make all functionality available for all Windows frameworks. To say that Microsoft is abandoning or deprecating any of the Windows frameworks seems like a big no-no from above. Instead, Win32, UWP, Windows Presentation Foundation are all “elevated to full status”, as Gallo told me.

The Windows team faced additional confusion and a lack of clarity about what’s going on with Microsoft’s App Store. Over the past few weeks, many people have noticed that Microsoft no longer puts its Office apps in the Microsoft Store. I asked Gallo if the store was dead. And unsurprisingly, his answer was no.

According to Gallo, “the store is about commerce. It’s another distribution channel.” But it’s not the only way for Windows users to get apps.

“You can trust apps differently. They don’t have to be in the Store. People really want to know if Microsoft considers an app good,” he said. And that means there has to be a trust model on Windows.

From my discussion with Gallo, it seems that Microsoft is moving towards a model of getting apps certified and approved by Microsoft, and then letting Windows developers decide how best to distribute them – through the Microsoft Store, the Web or other methods of their choosing. And Microsoft will help users find these trusted apps wherever they are.

My main conclusion after talking with Gallo: the days of trying to push Windows developers to build and/or repackage their apps to be UWP/Store apps are apparently over. It’s now windows applications or bust.

In Memoriam: All the Consumer Products Microsoft Has Killed

Inferno Climber: Reborn is coming to PS4, Switch and Windows apps on March 28 in Japan

Put Windows apps on the web with Uno