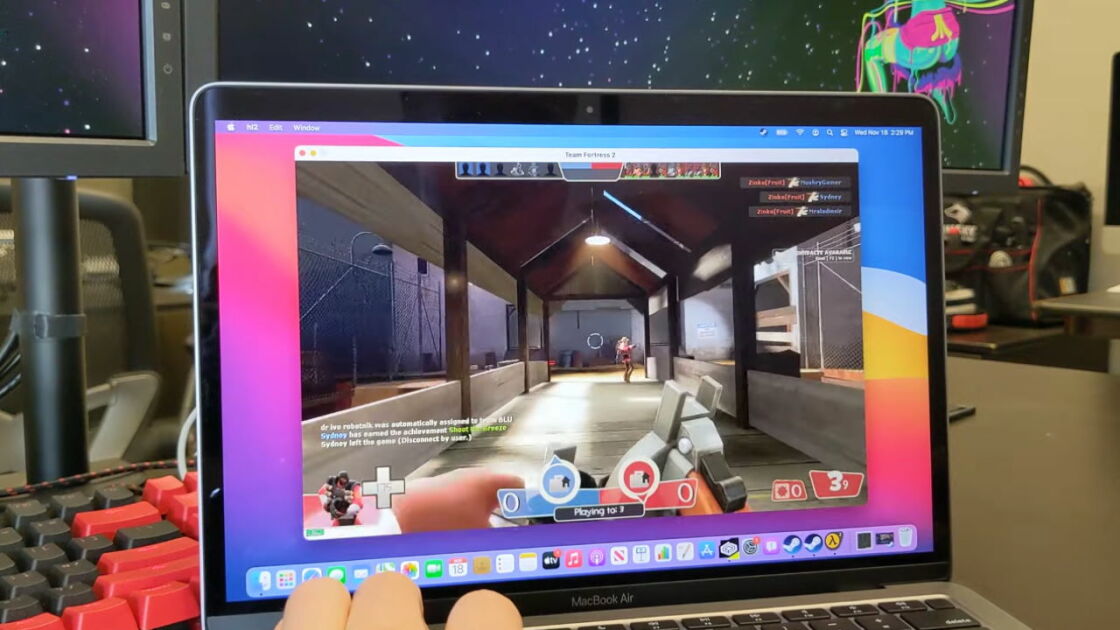 Apple offers a way for Mac x86 apps to run on MacBooks M1 and Mac Mini using the Rosetta 2 translation layer. But what about Windows apps now that Boot Camp is no longer an option? Turns out you can still run Windows apps on those newer Macs using CodeWeavers’ CrossOver software, and it surprises (even for CodeWeavers) how well it works.

As Engadget reports, CodeWeavers founder Jeremy White posted a blog post about how Apple Silicon Macs are “officially cool” after testing CrossOver 20 on the new MacBook Air M1. However, it is important to understand what is actually being tested here.

Recommended by our editors

CodeWeavers has already confirmed that Quicken and Among Us are working, but as the video above shows, Team Fortress 2 is also working great. Now imagine how that performance will improve once CodeWeavers deploys an M1 compatible version of CrossOver that users can use instead.

Subscribe to our Apple weekly brief for the latest news, reviews, tips and more straight to your inbox.

This newsletter may contain advertising, offers or affiliate links. Signing up for a newsletter indicates your consent to our terms of use and privacy policy. You can unsubscribe from newsletters at any time.