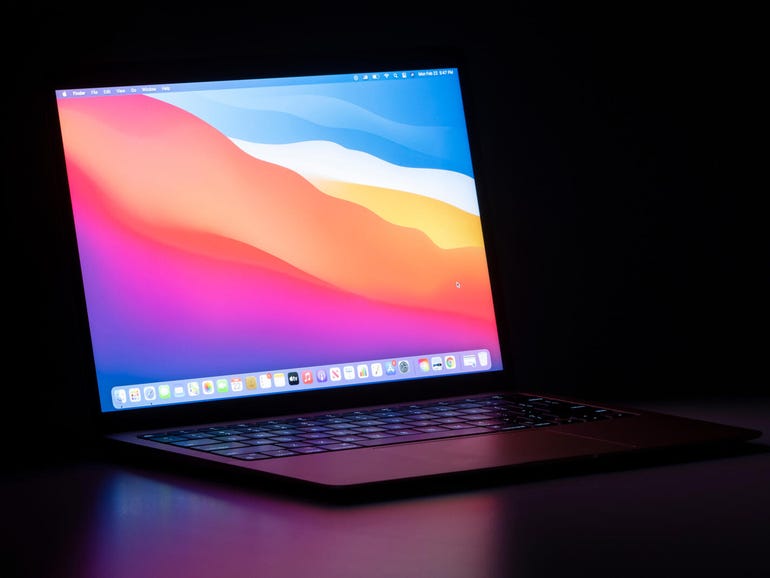 How to run Intel Windows apps on a Mac M1

For those who need to switch between running Mac and Windows software, one of the most compelling aspects of Intel-based Mac ownership is that these Macs can run both Windows and Mac applications, using either dual boot or virtualization.

With the advent of the Mac M1, which was no longer based on an Intel processor architecture, this advantage disappeared. For many Mac users, losing the Intel instruction set was not a problem. But for people whose jobs required them to run applications from both environments, an important productivity feature was suddenly taken out of the equation.

Until now. Kind of.

I’ve been running different versions of the Parallels virtualization solution on my Intel Macs since I bought my 2013 iMac back that day. I found the ability to switch between Windows Excel and PowerPoint (which to this day still has features not found on Mac) and my graphics and video apps on Mac to be a huge win.

When the Mac M1 came out, Parallels announced that it could port its virtualization software to Apple Silicon. The expectation, however, was that the M1 Parallels implementation could run Windows for Arm but not Intel Windows applications. Even then, expectations were low because, as ZDNet reported, Microsoft’s license does not support running Windows for Arm on Mac.

This week I got my hands on Parallels Desktop 17. I needed to know. Would it run classic Intel-based Windows apps, or would it just be a version of Windows that lacked most of the huge Windows libraries of Intel-based software?

I tested it on my MacBook Air M1. I won’t bury the problem: it is running Intel apps. Getting there is a bit complicated, but it works … for now.

See also: Migrating to M1 Macs: How I Upgrade My Small Fleet of Older Apple Desktops and Laptops.

The first part of the setup is simple. You download the binary from Parallels.com. There is a trial version, you might want to tinker with it initially to see if you like it. Parallels sent me a one-year license, so that’s what I used.

You go through the installation process, which is quite similar to most other Mac installation procedures. There will come a time when you need to give it a Windows image file, and that’s where things get interesting. You cannot use the Intel based Windows 10 image or disk that you have. Oh no. You need Windows for Arm.

The problem is, there is no Windows for Arm publicly sold and shipped. It exists as a developer preview version. Are you starting to see the mess? If not, just follow along. You will be.

Parallels provides a guide to download Windows for Arm. Basically, you need to join the Windows Insider Preview program. It’s easy. Just sign up. For basic access, there is no charge.

Once downloaded, go ahead and double click on it. You will be taken into Parallels, prompted to enter your license code, then … Windows will launch.

Inside the windows for the arm

But we have already been duped. Do you remember the Surface RT? Microsoft sold these devices in 2012. They looked like Windows, but they didn’t run any traditional Windows software. Unless it was in the Windows Store, and in particular for Arm, you were, to coax a term, screwed.

But what about Intel applications?

I started taking this Parallels test rabbit hole down because of an article we posted on ZDNet a few weeks ago. Cliff Joseph did a full review of Parallels Desktop 17. Cliff discussed many new features in this latest version of Parallels, but he didn’t answer my burning question: Could I run Intel Windows programs on my M1?

I contacted Parallels and they told me I could. This is how I got my evaluation copy of the software. But really? Last year they said you probably could never do it. So what was the real story?

Having experienced previous Windows for Arm / Windows RT debacles, I didn’t want to risk any software I tested having been modified for the Windows store or recompiled for Arm. I wanted to test software that I knew to be an Intel-based application without a shadow of a doubt.

I first installed Turbotax for Business. I know this is a Windows application only, as its annual usage is one of the few reasons I still need to use Parallels on my Intel Mac. While you can run most Intuit products on Mac, Turbotax will only work on Intel Windows machines. Since Intuit didn’t even bother to port it to Mac, it was extremely unlikely that they would create an Arm version.

I loaded it and it worked.

Then I went to an open source application, Gimp. Although there is a macOS version of Gimp, I thought it was a good test for a general purpose application. I downloaded the Intel binary and installed it.

It too was loaded and worked.

So I logged into my old share, which is the network volume I use to store old stuff. I dug until I found a Palm Desktop zip file. I found Palm Desktop 4.1, which was released around 2005. It was before the iPhone. It was before Android. It is old Software.

I moved this zip file to my Windows for Arm installation, unzipped it, and ran the installer. Would you believe it? It loaded, and it worked.

I actually clapped my hands and laughed. Somewhere deep in my geekboy psyche is a little kid who feels an unreasonable joy in making things work that just shouldn’t. Being able to run an old Intel 2005 based Windows application for an outdated device in an Arm version of Windows on an Apple Silicon based Mac, in 2021 thrills me endlessly.

I found this discovery delicious, but there are some hard truths. Keep in mind that the x86 emulation engine is in Windows on Arm. You must install Windows on Arm to run Windows in a virtual machine on an Arm host. And that could be a problem.

I reached out to ZDNet’s Windows guru, Ed Bott, for a read on the future of Windows for Arm. Once the Insider Period is over, what will be the story of Windows for Arm? Will we be able to use it for production Windows use?

See also: Windows 10 on Arm: what you need to know before buying a Surface Pro X.

Ed says, “You can’t get Windows on Arm as an ISO right now, and I don’t expect Microsoft to release Windows on Arm as a retail product anytime soon, which you are. must install on a host machine running software virtualization on Arm. ”

So while you can run Intel-based Windows apps on your Mac M1, that could change. I’m assuming Parallels will eventually license Windows for Arm and sell it as an add-on to Parallels Desktop. But that hasn’t happened yet and they don’t make any promises.

So go ahead and enjoy running Windows x86 apps on your Mac M1. Just be prepared for everything to stop working anytime you want.

Keep an eye out here. If Parallels, Microsoft, or Ed offer any updates on the licensing status for Windows for Arm regarding the Parallels implementation, I will update this article.

Oh, and before you go, here’s a thought. Since the iPad Pro runs the exact same processor as my MacBook Air, there’s really no inherent architectural reason that Parallels can’t run on an iPad.

What do you think? Do you need to run Intel Windows apps on your Mac? Does the ability to run them on Apple Silicon machines change your perception of Macs and Windows? Let us know in the comments below.