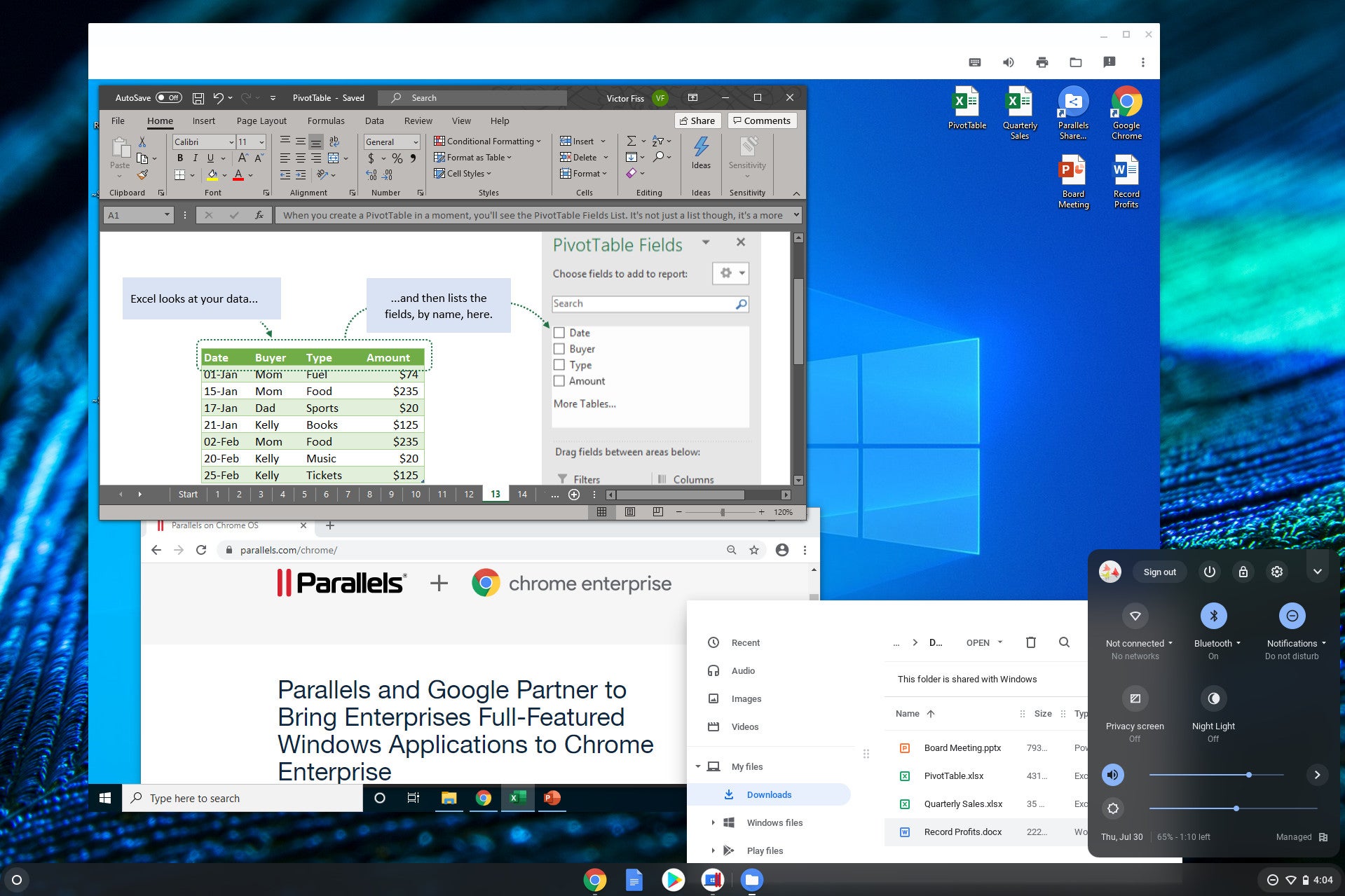 Google gets into Windows apps for Chromebook laptops

Google provided more details on the plan to bring the Windows experience to Chromebook laptops.

However, in a new interview, Google said the integration will be a stand-alone project that will allow many other Chromebook users to run apps like Word, Excel, and PowerPoint in their native desktop form.

Cyrus Mistry, the group’s product manager for Chrome OS, told The Verge that Parallels Desktop will boot a full copy of Windows alongside Chrome OS and the Android apps they already run. You can see an example pictured above.

Mistry used the analogy of having to play a VHS tape once in a while, next to your Dolby Atmos home theater system. The idea being that users will be able to access and exit native Windows desktop applications that they need.

Mistry said, “The analogy I give is that yes, the world is on the cutting edge of technology and Dolby Atmos home theaters, but once in a while you have that old wedding video on a VHS that you have to go.

“We want to make sure you have this option [for Windows apps] also… so that once in a while you can get it when you need it, but we don’t want that to be the world you live in.

We’re not sure the analogy is particularly kind to Microsoft, or as accurate, but we understand what Mistry is trying to say here nonetheless. The need to run the entire operating system won’t always be necessary, with Google promising access to specific additions, likely using the Parallels Coherence feature.

“In the future, we’ll have other types of things where you don’t even have to run the whole Windows desktop, you just have to run the application you need,” says Mistry. “We try to make it as transparent as possible.”

Google hasn’t let users know the minimum specs yet, but it looks like you’ll need a high-end Chromebook running an Intel i5 or i7 processor.