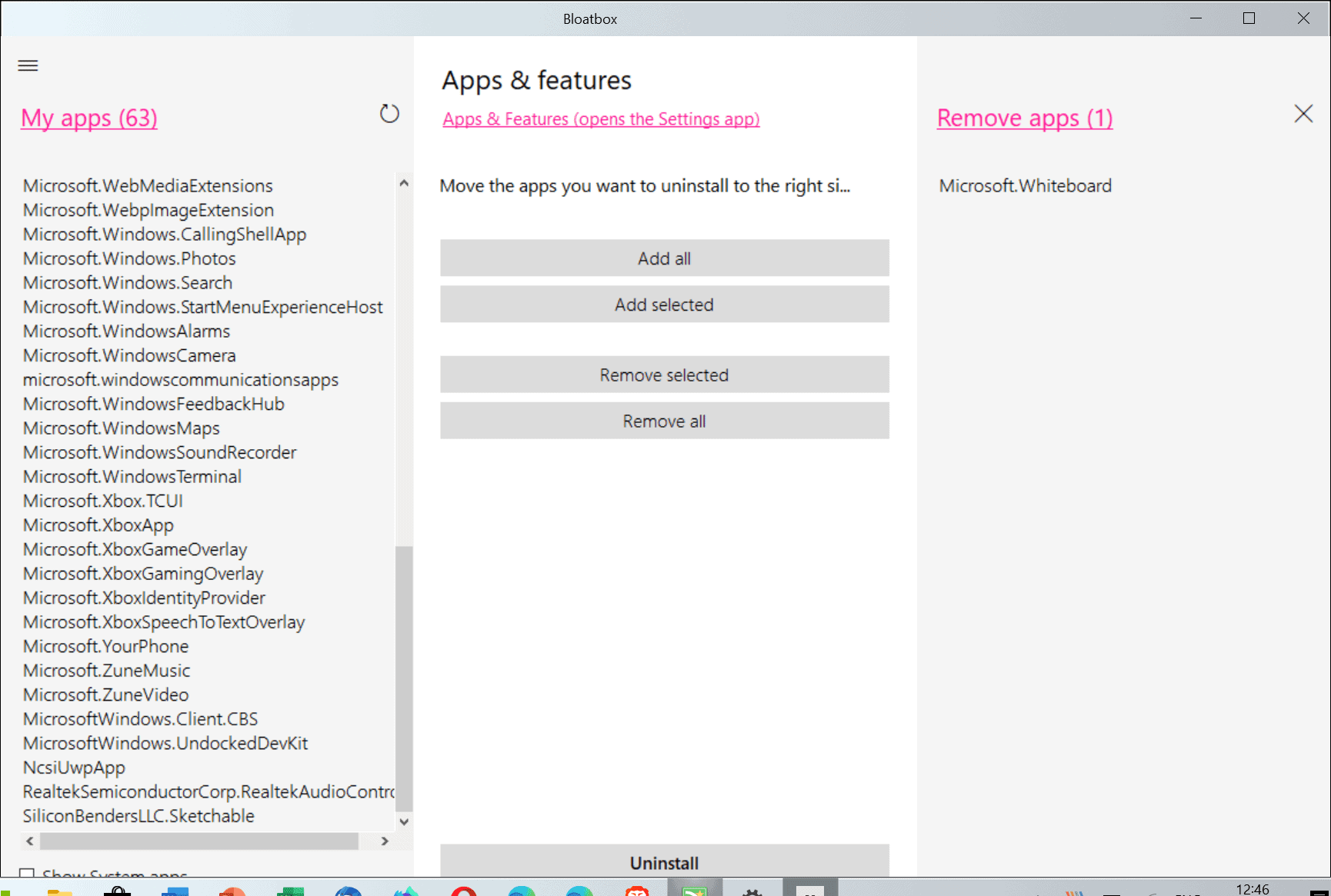 Bloatbox was originally designed as an extension for Spydish to give users options to remove Windows apps and system apps from the operating system. To avoid adding bloat to Spydish, it was later decided to make it a standalone program that users could run independently.

Microsoft’s Windows 10 operating system comes with lots of built-in apps. Some of them are application versions of popular Windows tools, others offer new features.

Windows 10 administrators can remove some of the included apps using Settings > Apps, but most included apps cannot be removed. While some may ignore them and use third-party software, others may prefer to remove apps completely.

Bloatbox is a free portable program for Windows 10. Interested users can download the latest version from the official GitHub project site or download the source code instead.

How does it compare to other app uninstallers such as Geek Uninstaller, O&O AppBuster, or the ability to remove Windows apps using PowerShell? Let’s find out.

The program is less than 100 kilobytes in size when extracted. Note that Windows 10 may send you a SmartScreen warning prompt when you run the application on the system. This is common practice and does not mean that the app is malicious or problematic, only that it is new and Microsoft does not have enough information about it to make an informed decision.

Check the “Show system apps” option to increase the number to 107 supported apps.

To note: The program permanently deletes applications. This could impact system functionality. It is advised to create a system backup before using the app to remove apps from the system.

Select the uninstall button in the interface to start the removal process. The action button titles can be somewhat confusing as you find the “remove” and “uninstall” actions and may not know the difference between the two. Uninstall removes selected apps from the system, removing just removes them from the list of apps to uninstall.

A better system would be to completely remove the “add” and “remove” options and move the selected apps to the list where they are not.

Bloatbox does a good job of removing Windows apps from the system provided you run it with elevated rights. The app is very basic, but it’s tiny and portable, and works well. This could bring UI and usability improvements; Besides the confusing remove/uninstall options already mentioned, it would be nice if each app showed a short description when selected, and if selecting “show system apps” showed a warning.

Now you: Do you remove Windows applications from your devices? (Going through desktop modifier)

Apple Music and TV+Windows apps could be on the way